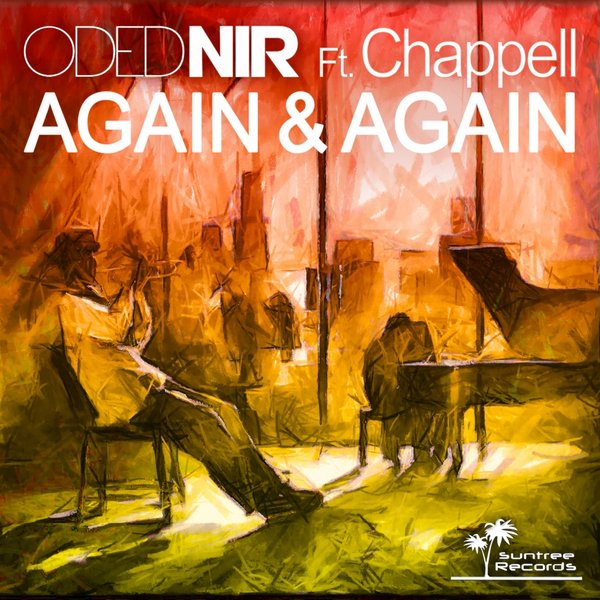 A new collaboration from the Suntree Records Headquarters in Amsterdam, as label-runner Oded Nir invites Chappell on “Again & Again, a song that describes re-occurring events in life. Chappell’s voice is one of the most recognizable ones  in the soulful house world. Holland is now the home base from where Chappell  has made his mark musically on Europe, South Africa, Asia, and beyond. He  has become a respected singer, songwriter and entertainer who works with  many established names in Holland, Europe and the US. Collaborations include  Ralf Gum, Danny Marquez, Daniel Bovie, Gene Farris, Groove Junkies, Gregor  Salto, Sidney Samson to name a few. Chappell has released several singles since  2007 and quite a few hit the top of the chart. This includes his hit with Gregor  Salto “Your Friend”, which has nearly 1 million views on Youtube. Chappell live  makes quite an impression in all parts of the world.

The musical relationship between  Oded and Chappell goes way back in time, as the two performed with each other  many times. Now is the moment for them to combine their skills, friendship and  their passion for music in “Again & Again. This song has all the ingredients of the summer, as Oded’s live-bass resonates  a playful, powerful groove throughout the track. In addition, soft Rhodes give the track warmth and supports Chappell’s smooth voice, while the woodblocks create that contagious rhythm on the drums. Lastly the subtle saxophone lifts  the song to a peak, where Chappell hits the higher notes as always, as part of his
trademark.